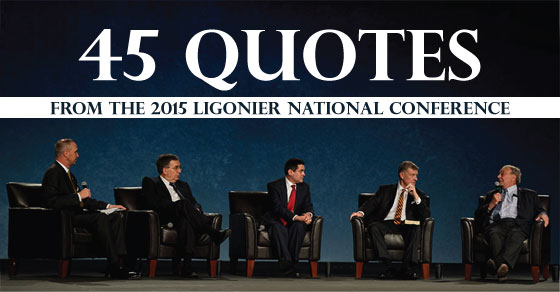 45 Quotes from the 2015 Ligonier National Conference

Here are 45 of the best quotes from the 2015 Ligonier national conference in Orlando, FL.

“Parents: Reject ignorance, folly and fear. Instead choose education, responsibility and familiarity.” — Tim Challies, on taking steps to keep our families pure in a digital age.

“We reveal far more of our character in isolation than when we are in community.” — Tim Challies

“Our children will think the Bible is an app.” — Tim Challies, on how the Word of God is no longer contained exclusively in book format.

“We never know the treacherous journey that some people take to share the pew with us Sunday after Sunday.” — Rosaria Butterfield

“Very rarely do people argue with hospitality and mercy work.” — Rosaria Butterfield, on how being neighborly and caring for others serves as an effective gospel witness.

“God doesn’t ever get the address wrong. He put you where you are for a reason.” — Rosaria Butterfield (Tweet That)

“There’s one thing you must do when you meet the Living God: fall on your face and repent of your sin.” — Rosaria Butterfield

“When man became the measure of all things what was lost was man.” — Sinclair Ferguson

“Jesus has a special, compassionate concern for those who are broken and needy.” — Sinclair Ferguson

“Thinking that I deserve heaven is a sure sign I have no understanding of the gospel.” — Sinclair Ferguson (Tweet That)

“Without the spirit of the Lord Jesus, we will look upon ‘the least of these’ simply as the least.” — Sinclair Ferguson

“Most Christians have more Bibles than they know what to do with, but have little understanding of what is in them.” — Sinclair Ferguson

“Better to have small faith in a great God than to have great faith in a small god.” — Steven Lawson, on the greatness of God.

“Your faith depends on the strength of its object…a puny god just won’t do.” — Steven Lawson

“If you’re saved and you’re breathing, you need to know who William Tyndale is.” — Steven Lawson, on his new book The Daring Mission of William Tyndale.

“Whatever your Bible translation is, it stands on the shoulders of one man — William Tyndale.” – Steven Lawson

“The Christian should be able to say with the psalmist, ‘Oh, how I love your law.'” — R.C. Sproul

“The gospel is the proclamation of the person and work of Jesus Christ and how those benefits can be applied to us by faith alone.” — R.C. Sproul on defining what the gospel is.

“The problem in the church today is not the profession of faith, but it’s possession.” — R.C. Sproul

“We prefer the shadows where we feel safe over the light which exposes us and causes us to say ‘woe is me!'” — R.C. Sproul

“The fact that we have to discuss reality as though there were no reality is an indication of the confusion of our times.” — Alistair Begg, on our culture’s view of reality and truth.

“This is no time for wimpy Christians. It’s time for soldiers of Christ to arise!” — Alistair Begg (Tweet That)

“We must be willing to say what the Bible says.” — Alistair Begg

“So many books, so little time.” — W. Robert Godfrey, on his love of reading.

“Voices that say the age of the church is over are voices who haven’t listened to Jesus.” — W. Robert Godfrey

“A church that won’t listen to the Word of God is a church already lost.” — W. Robert Godfrey (Tweet That)

“Since God is infinite he should be infinitely interesting as well.” — W. Robert Godfrey

“Creeds are not straitjackets, but guardrails that keep us safe.” — Stephen Nichols

“One thing we do well within evangelicalism is in thinking of Jesus as our friend. But He is also our King.” — Stephen Nichols

“People of the cross? A symbol of shame has become our confidence.” — Stephen Nichols

“Who is Jesus? The answer to that question is a matter of eternal life and eternal death.” — Stephen Nichols

“He didn’t love me because I’m valuable. Because He loved me, I became valuable.” — R.C. Sproul, Jr.

“In abortion they are trying to destroy the last bastion of the image of God.” — R.C. Sproul, Jr.

“We must remember who we are by remembering Whose we are.” — R.C. Sproul, Jr. (Tweet That)

“You will not find what you want in the world, only in the Father.” — Kevin DeYoung

“No matter how long we have been walking with Jesus, we need to hear again, do not love the world.” — Kevin DeYoung

I was grateful for the opportunity to attend this Ligonier conference and hope to return next year. The bold proclamation of the Word, the great messages, and the opportunity to hear in person those who have greatly impacted my spiritual walk was wonderful (not to mention meeting Alistair Begg and getting a book signed by R.C. Sproul).

Do you have a favorite quote from the 2015 Ligonier National Conference that’s not mentioned above? Add it in the comments! 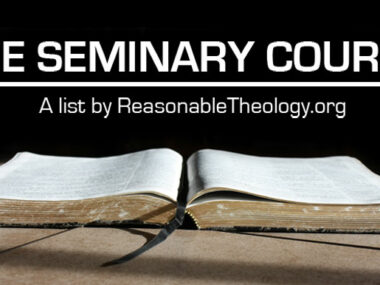 Read More
Do you want to further your spiritual education but are unable to attend seminary? Check out these free online options.…
Read More
1
0
10 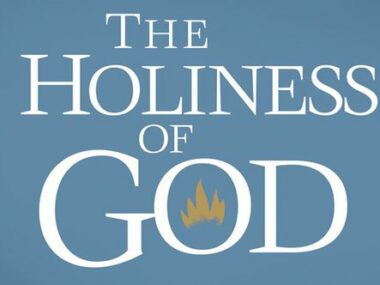 Read More
This is the first video in R.C. Sproul’s 6-part series on the holiness of God. This teaching series…
Read More
46
0
4