A Godly Man Serves God Above All Else

His section titled “A Godly Man is a Servant of God” describes what it means to be a dedicated servant of the Lord and shows why serving God is the most worthy pursuit a man can have.

Read Watson’s words and let them challenge you to live as a true servant of God.

Question: In what sense is a godly man a servant of God?

1. A servant leaves all others, and confines himself to one master. So a godly man leaves the service of sin, and betakes himself to the service of God (Romans 6:22). Sin is a tyrannizing thing; a sinner is a slave when he sins with most freedom. The wages which sin gives, may deter us from its service: “the wages of sin is death” (Romans 6:23). Here is damnable pay! A godly man enlists himself in God’s family, and is one of his menial servants: “O Lord, truly I am your servant; I am your servant” (Psalm 116:16). David repeats himself, as if he had said, “Lord, I have given my pledge; no one else can lay claim to me; my ear is bored to your service”.

2. A servant is not independent, at his own disposal—but at the disposal of his master. A servant must not do what he pleases—but be at the will of his master. Thus a godly man is God’s servant. He is wholly at God’s disposal. He has no will of his own. “May your will be done on earth”. Some will say to the godly, “Why cannot you behave like others? Why will you not drink and swear as others do?” The godly are God’s servants; they must not do what they want—but be under the rules of the family; they must do nothing but what they can show their master’s authority for.

3. A servant is bound. There are agreements and indentures sealed between him and his master. Thus there are indentures drawn in baptism, and in conversion the indentures are renewed and sealed. There we bind ourselves to God to be his sworn servants: “I have sworn, and I will perform it, that I will keep your righteous judgments” (Psalm 119:106). A godly man has tied himself to the Lord by vow, and he makes conscience of his vow. He would rather die by persecution than live by perjury (Psalm 56:12).

6. A servant is satisfied with his master’s allowance. He does not say, “I will have such provisions made ready”. If he has meager fare, he does not find fault. He knows he is a servant, and accepts his master’s carving. In this sense, a godly man is God’s servant; he is willing to live on God’s allowance; if he has only some leftovers, he does not grumble. Paul knew he was a servant, therefore whether more or less fell to his share, he was indifferent (Phil. 4:11). When Christians complain at their condition, they forget that they are servants, and must live on the allowance of their heavenly Master. You who have the least grace from God, are debtors to his mercy.

Let us declare ourselves godly by being servants of the most high God. Consider:

1. God is the best Master. He is punctilious in all his promises: “There is no God like you, in heaven above, or on earth beneath, who keeps covenant and mercy with your servants . . . not one word of all his good promise has failed” (1 Kings 8:23,56). God is of a most sweet, gracious disposition. He has this quality that he is “Slow to anger” and “ready to forgive” (Psalm 103:8; 86:5). In our needs, he relieves us; in our weakness, he pities us. He reveals his secrets to his servants (Psalm 25:14; Proverbs 3:32). He waits on his servants. Was there ever such a Master? “It will be good for those servants whose master finds them watching when he comes. I tell you the truth, he will dress himself to serve, will have them recline at the table and will come and wait on them” (Luke 12:37). When we are sick, he makes our bed: “you will make all his bed in his sickness” (Psalm 41:3). He holds our head when we are fainting. Other masters may forget their servants, and cast them off when they are old—but God will not: “you are my servant: O Israel, you shall not be forgotten of me” (Isaiah 44:21). It is a slander to say that God is a hard Master.

(i) FREEDOM. Though the saints are bound to God’s service—yet they serve him freely. God’s Spirit, who is called a “free Spirit” (Psalm 51:12), makes them free and cheerful in obedience. The Spirit carries them on the wings of delight; he makes duty a privilege; he does not force—but draw. He enlarges the heart in love and fills it with joy. God’s service is perfect freedom.

(ii) HONOR. David the king professed himself one of God’s pensioners: “I am your servant” (Psalm 143:12). Paul, when he wants to blaze his coat of arms, and set forth his best heraldry, does not call himself “Paul, a Hebrew of the Hebrews”, or “Paul, of the tribe of Benjamin”—but “Paul, a servant of Jesus Christ” (Romans 1:1). Theodosius thought it a greater dignity to be God’s servant, than to be an emperor. Christ himself, who is equal with his Father, is nevertheless not ashamed of the title “servant” (Isaiah 53:11). Every servant of God is a son; every subject is a prince! It is more honor to serve God than to have kings serve us. The angels in heaven are servants of the saints on earth.

(iii) SAFETY. God takes care of his servants. He gives them protection: “You are my servant; fear not; for I am with you” (Isaiah 41:9,10). God hides his servants: “in the secret of his tabernacle shall he hide me” (Psalm 27:5). That is, he shall keep me safe, as in the most holy place of the sanctuary, where none but the priests might enter. Christ’s wings are both for healing and for hiding, for curing and securing us (Mal. 4:2). The devil and his instruments would soon devour the servants of God, if he did not set an invisible guard about them, and cover them with the golden feathers of his protection (Psalm 91:4). “I am with you, and no man shall set on you to hurt you” (Acts 18:10). God’s watchful eye is always on his people, and the enemies shall not do the mischief they intend to do; they shall not be destroyers—but physicians.

(iv) GAIN. Atheists say, “It is vain to serve God: and what profit is it that we have kept his ordinances?” (Mal. 3:14). Besides the advantages which God gives in this life (sweet peace of conscience), he reserves his best wine until last; he gives a glorious kingdom to his servants (Heb. 12:28). The servants of God may for a while be enslaved and abused—but they shall have promotion at last: “where I am, there shall also my servant be” (John 12:26).

(v) ASSISTANCE. Other masters cut out work for their servants—but do not help them in their work. But our Master in heaven gives us not only work—but strength: “you strengthened me with strength in my soul” (Psalm 138:3). God bids us serve him, and he will enable us to serve him: “I will cause you to walk in my statutes” (Ezek. 36:27). The Lord not only fits work for us—but fits us for our work; with his command he gives enablement.

(vi) SUPPLIES. A master will not let his servants be in need. God’s servants shall be provided for: “truly you shall be fed” (Psalm 37:3). Does God give us a Christ, and will he deny us a crust? “The God who fed me all my life long” (Gen. 48:15). If God does not give us what we crave, he will give us what we need. The wicked, who are dogs, are fed (Phil. 3:2). If a man feeds his dog, surely he will feed his child! Oh, then, who would not be in love with God’s service?

3. We are engaged to serve God. We are “bought with a price” (1 Cor. 6:20). This is a metaphor taken from such as ransom captives from prison by paying a sum of money for them. They are to be at the service of those who ransomed them. So when the devil had taken us prisoners, Christ ransomed us with a price, not of money—but of blood. Therefore we are to be only at his service. If any can lay a better claim to us than Christ, we may serve them; but Christ having the best right to us, we are to cleave to him and enroll ourselves forever in his service.

You can read Thomas Watson’s book in it’s entirety for free from Monergism, or pick up a paperback copy below. 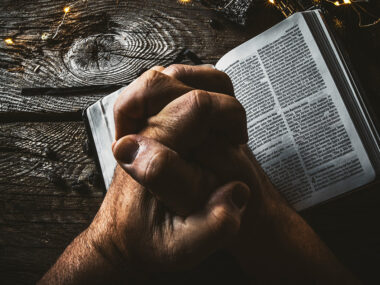 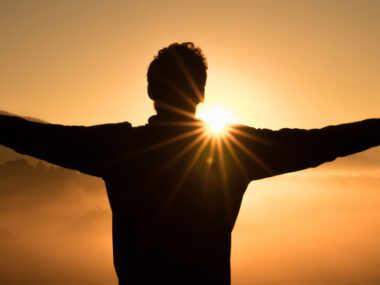 Read More
Editor’s Note: This article was first published at Servants of Grace When people are at their lowest, we…
Read More
33
0
1