The Life of the Apostle Paul

Piecing together a chronology of the Apostle Paul’s life is not as easy as the maps in the back of your Bible might make it seem.

However, the details provided in his epistles and the book of Acts allow us to understand much about his life. This article explains how we can date many of the important events in the life of the apostle Paul.


Listen to This Article
Hide

An Outline of the Life of the Apostle Paul

If there were ever a man whose background made him uniquely qualified to preach to both the Jews and the Gentiles, it was Paul. A central figure in the early church and the writing of the New Testament, Paul’s life is of great interest to all believers. While the Bible does not provide a complete biography of the apostle Paul, his epistles and the book of Acts reveal a lot of information about this important figure in church history.

The Apostle formerly known as Saul (of Tarsus)

Acts 22:3 reveals that Paul was born “Saul” in Tarsus, which is in SE Asia Minor. While we know that Paul was a citizen of this city, Acts 22:28 Paul tells us that he was also a Roman citizen by birth. That Paul was a “Hebrew of Hebrews” and yet held Roman citizenship is certainly noteworthy, and is an important factor in his ability to speak with confidence to both Jews and Greeks. (This citizenship even got him out of a tough situation after being arrested by the Roman authorities, as described in Acts 22:22-29)

Paul, a strict Pharisee, was once a great persecutor of the church. In his own words:

I am indeed a Jew, born in Tarsus of Cilicia, but brought up in this city at the feet of Gamaliel, taught according to the strictness of our fathers’ law, and was zealous toward God as you all are today. I persecuted this Way to the death, binding and delivering into prisons both men and women, as also the high priest bears me witness, and all the council of the elders, from whom I also received letters to the brethren, and went to Damascus to bring in chains even those who were there to Jerusalem to be punished. Acts 22:3-5

Despite his beginnings, God desired to use this man to spread the Gospel throughout the region. On his way to Demsascus to arrest Christian believers, Christ appeared to Paul, spoke to him, and Paul was blinded. After being lead to meet a believer named Ananias, Paul regained his vision and was converted to belief in Jesus as the Messiah (Acts 22:1-21). Paul became a preacher of the Gospel and made several missionary journeys as a central figure in bringing the Christian faith to the Gentiles.

Piecing together the chronology of these journeys and other events in Paul’s life involves several difficulties. His own epistles do not provide clear chronological markers for us to use in dating all of the events described.

Paul only rarely uses “dateable” terms such as “after three years” (Galatians 1:18), and Luke often uses rather generic statements, such as “after some days” (Acts 15:36). This often makes coming to definitive conclusions regarding dates difficult.

Central to the challenge of dating Paul’s activity is the issue of how to best understand the accounts in Acts of Paul’s visits to Jerusalem as compared to the account in Galatians. There is debate as to whether the visit described in Galatians 2:1 is connected to the so-called ‘famine-relief’ visit of Acts 11 or the apostolic-council visit of Acts 15.

This discussion is significant because understanding which visit is described helps us date the writing of Galatians as being either before or after the Jerusalem council, which is believed to have occurred around 49 A.D.

One possible conclusion is that Galatians 2 and Acts 15 both describe the Jerusalem Council visit, and that Paul’s account in Galatians simply does not mention the earlier famine-relief visit as described in Acts 11. Since Paul was addressing his credentials and apostolic authority, he may have only seen it fit to describe the visit where he actively participated in the discussions surrounding the salvation of the Gentiles.

Another possibility is that the famine-relief visit of Acts 11 is the same as the Galatians 2 account when Paul met with several of the apostles. The Jerusalem Council visit recorded in chapter 15 of Acts would not have taken place until after Galatians was written, according to this view. The purpose of this article is not to address this issue, but there are good exegetical reasons to think that this view is correct. If so, an earlier date for Galatians is likely, perhaps prior to 50 A.D.

The purpose of Paul’s individual epistles was not to give his readers all the details of his personal life, and so we are left without an abundance of information that can be used to date specific events. Despite the above example, the book of Acts is extremely valuable in attempting to create a chronology of Paul’s life. By using the information found in Luke’s account, we can begin to understand more accurately when Paul embarked on his missionary journeys, visited Jerusalem, and ran into trouble with the Roman authorities.

An example of Acts’ importance is seen when dating Paul’s appearance before Gallio, a Roman proconsul of Achaia. After correlating the events mentioned by both Luke and Paul, scholars are able to seek out extra-Biblical information in determining a date for this event.

Inscriptions exist which date Gallio’s term as proconsul in this area between July of 51 to July of 52.

By using this archaeological evidence, we can start to use the events of Acts 18:12-17, where Paul was taken by the Jews to stand trial by Gallio, as a fixed marker from which they can determine with relative certainty dates for events before and after Paul’s stay in Corinth.

Working backwards from Paul’s appearance before Gallio, we can date the start of Paul’s second missionary journey to 47–48 A.D., due to his staying in Corinth 18 months (Acts 18:11). Knowing the general chronological relationship between other events prior to this second missionary journey, such as the apostolic council which likely took place about 48 A.D., allows us to date the famine-relief visit to Jerusalem mentioned in Acts 11 to approximately 45-47.

Since Paul’s First Missionary Journey took place between the apostolic council and the famine-relief visit, we can date this first journey to the years 47-48.

Using details from Acts and working forward from the date of the Gallio Inscription mentioned earlier, we can also place the beginning of Paul’s third missionary journey described in Acts 18 – 21 to having begun around 52 or 53 A.D.

The Biblical account tells us that after returning to Jerusalem from this journey Paul was arrested and ultimately appeared before both Festus and Felix, who were Roman officials (Acts 23-25).

Since Festus is thought to have replaced Felix as Judea’s governor in 59, and we know that Paul was imprisoned for two years prior to this replacement, we can be pretty confident that Paul’s third missionary journey ended with him returning to Jerusalem by 57 A.D.

After appearing before Festus, Paul invoked his right as a Roman citizen to plead his case before Caesar in Rome. Acts 27:9 tells us that this ill-fated voyage to Rome was after the Day of Atonement, which indicates that it was autumn.

Acts 28:11 tells us that after being shipwrecked Paul spent three months on the island of Malta. Subsequent verses give great detail of the remainder of the voyage to Rome. Using this chronological information we can determine that Paul arrived there in the spring of 60 (Acts 28:14-16).

Although the book of Acts comes to a close without providing complete details on the remainder of Paul’s life, it is believed that he continued his ministry for a time after being released from his imprisonment. We must rely on outside evidence to date the last event of Paul’s incredible life: his martyrdom.

Early Christian tradition, recorded in the extra-Biblical text of Clement 5:1-7, holds that Paul was rearrested at the time of Nero’s persecution of Christians and killed shortly after along with the apostle Peter. Given the known date of these persecutions, this likely occurred in 64 or 65 A.D.

This brief outline of Paul’s life and missionary journeys helps us gain a better understanding of Paul’s history and a better appreciation for the importance of external evidence in developing a reliable chronology of Biblical events. Although it is within the New Testament, Acts can be considered an “external source” of sorts to Paul’s own epistles.

Finding corroboration between these two allow us to compare the accounts to extra-Biblical information such as the Gallio Inscription. It is clear that even without distinct chronological markers in Paul’s epistles we can determine with a high degree of confidence a chronology for the major events of Paul’s life and ministry.

View an in-depth timeline of Paul’s life, include Scripture references, the approximate dates of his writings, and correlating historical events visit ApostlePaulTheFilm.com

This text by F.F. Bruce is an excellent biography on the Apostle Paul. It makes use of history, archaeology, and a deep understanding of the New Testament to provide a comprehensive view of Paul’s life and theology. This is a great book for any Christian library and a terrific place to begin a study on the Apostle Paul.  This book can be purchased here. 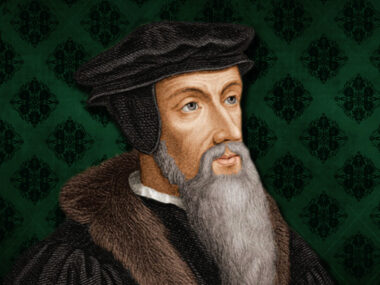 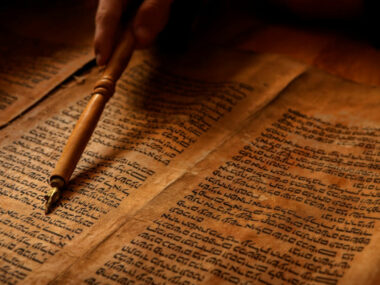