How Many Herods Are There in the New Testament?

The name Herod is mentioned nearly 50 times in the New Testament, but Scripture is not speaking of just one man.

Herod the Great and his lineage feature prominently in the history of ancient Judea. In fact, the well-documented period of influence that these rulers had helps serve as reliable chronological markers when dating the events recorded in the Gospels and the book of Acts.[1]

Their prominence in both secular history and within the Biblical narrative makes understanding the history of the Herodians important to better understanding New Testament times.

Here’s a brief overview of the Herodians and their appearances in the Bible:

Herod the Great was a ruler of Judea during the Roman period.[2] Despite being of Idumean descent (from Edom, south of the Dead Sea), Herod became appointed as a ruler by the Romans authorities.[3] The fact that he was a non-Jew, along with his notably cruel manner of ruling, made him largely distrusted and resented by the Jewish people. 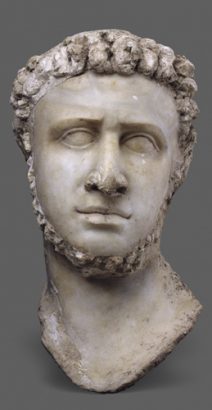 Herod will remain infamous for his cruelty in slaughtering the children of Bethlehem:

Then Herod, when he saw that he had been tricked by the wise men, became furious, and he sent and killed all the male children in Bethlehem and in all that region who were two years old or under, according to the time that he had ascertained from the wise men (Matthew 2:16-17).

Even so, he also managed to contribute in some positive ways to Jewish culture. He was responsible for strengthening Jerusalem’s defenses, erecting a harbor city dubbed Caesarea, and even for rebuilding the Temple.[4]

However, his massive building projects did not manage to improve his public image, as they were funded through burdensome taxes.[5] This continued practice of taxation contributed greatly to the Jews’ disliking of tax collectors, who were seen as traitors for their service to the Herodians.[6]

(If you’re thinking “Wait a minute, how can he be around after Christ’s birth if he died in 4 B.C.?” you may be interested in this article: What year was Jesus Born?)

As an ethnarch (a non-King in charge of an ethnic group in a region) Archelaus was in charge of Judea, Samaria, and Idumea. However, Archelaus did not remain in power for long. He only held his post from 4 B.C. until being deposed in A.D.6, when the Jews requested that Caesar Augustus replace him.[8]

Even so, Archelaus did influence the history of the New Testament. It was fear about his reign in Judea that prompted Joseph, Mary, and Jesus to live in Galilee rather than in Judea:

But when he heard that Archelaus was reigning over Judea in place of his father Herod, he was afraid to go there, and being warned in a dream he withdrew to the district of Galilee (Matthew 2:22).

Herod Antipas became the tetrarch of Galilee and Perea from 4 B.C. to A.D. 39, meaning he was one of four appointed regional rulers. He is seen in the New Testament to have been rebuked by John the Baptist for taking the wife of his half-brother, Philip:

For it was Herod who had sent and seized John and bound him in prison for the sake of Herodias, his brother Philip’s wife, because he had married her. For John had been saying to Herod, “It is not lawful for you to have your brother’s wife.” And Herodias had a grudge against him and wanted to put him to death. But she could not, for Herod feared John, knowing that he was a righteous and holy man, and he kept him safe. When he heard him, he was greatly perplexed, and yet he heard him gladly. (Mark 6:17-20).

Antipas had John beheaded to fulfill an oath sworn to his daughter (Mark 6:20-29) and later worries that Jesus is John the Baptist back from the dead (Matthew 14:1-12).

Despite this misunderstanding, the Gospel of Luke records that Herod Antipas was interested in seeing Jesus perform a miracle, and was pleased to have had Christ brought before him by His accusers (Luke 23:7-12).

However, Jesus performed no miracles nor answered any questions and was sent on to Pontius Pilate. Antipas was not a strong ruler and was eventually exiled to modern France, then known as Gaul.[9]

The Herodian line was carried on by Herod Agrippa I and II.  Herod Agrippa I was the grandson of Herod the Great and also took the name of King Herod.[10] His corruption landed him in prison in Rome, but his friendship with Caligula restored him to power.[11]

Agrippa sought to maintain good standing with the Jewish people, ultimately gaining the respect of both the Sadducees and Pharisees.[12] He appears in the New Testament in Acts 12:1-3 when he has James killed and Peter imprisoned. He is eventually struck down for failing to give glory to God:

On an appointed day Herod put on his royal robes, took his seat upon the throne, and delivered an oration to them. And the people were shouting, “The voice of a god, and not of a man!” Immediately an angel of the Lord struck him down, because he did not give God the glory, and he was eaten by worms and breathed his last (Acts 12:21-23).

Once old enough, Herod Agrippa II took power from the corrupt procurators holding his place.[13] He would be the last of the Herodians to rule over Palestine, dying around A.D. 100. Seen in Acts 25-26, it is Agrippa II who famously remarks to Paul, “In a short time would you persuade me to be a Christian?” to which Paul replied, “Whether short or long, I would to God that not only you but also all who hear me this day might become such as I am—except for these chains” (Acts 26:28-29).

Agrippa II found no fault in Paul worthy of his imprisonment and remarked that he could have been let go if only he had not appealed to make his case before Caesar (Acts 26:32).

All told, there are five men who are referred to as Herod in Scripture (six, if you count Herod Phillip being mentioned simply as Phillip in Mark 6:17). Herod the Great and his lineage greatly influenced the political and social landscape of this period and contributed to the history of Judaism and the events of the New Testament in many ways.

Understanding the influence each of these prominent rulers had allows us to better understand the framework within which Jesus lived and preached. 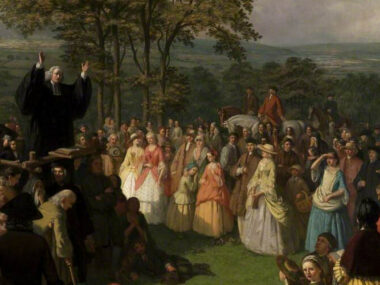 Read More
Do you want to get more out of your Bible reading? If so, you’ll be helped by George Whitefield’s 7 tips for reading the Bible.
Read More
124
0
2 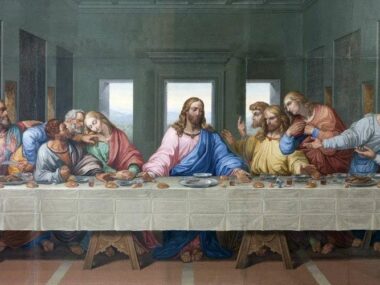 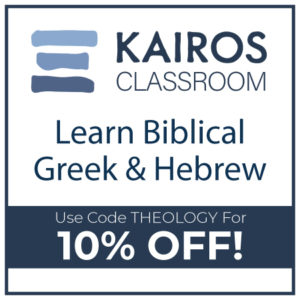