When discussing creation vs. evolution, the following illustration can prove helpful. Consider this story:

In the mid-1930’s, nature lover Gutzon Borglum and his son, Lincoln, were hiking in the hills near Keystone, South Dakota. After entering a clearing, the two men discovered something extraordinary. The great rock formation in front of them had apparently been slowly weathered over thousands of years until coming to bear a remarkable resemblance to four previous American presidents!

Can you think of anyone who would believe this erroneous account of the formation of Mount Rushmore? Of course not. The reason this story is so obviously false is that we can clearly recognize the hand of a creator at work in the massive granite sculpture. In the same way, this national landmark serves as an illustration of the truth of Creation and God, its Creator.

Mount Rushmore helps to illustrate the following ‘Argument by Design’

When discussing creation vs. evolution with someone who does not hold to the concept of a Creator, examples such as this can help to steer the conversation away from complicated scientific theories and into more relevant areas of logic and reason. As J.P. Moreland and Tim Muehlhoff note:

It’s one thing to argue that the overwhelming appearance of design in our world happened by chance; it’s another thing entirely to argue that design just happens in other situations. When looking at a painting or flowers arranged in a garden, we never think it just happened.

Join the Discussion: Given the logical conclusions we typically reach when encountering evidence of design in our lives, why is it that so many are willing to deny a Creator?

A more detailed treatment of the Mount Rushmore example for illustrating the Argument by Design approach for discussing creation vs. evolution can be found in the book The God Conversation, by J. P. Moreland and Tim Muehlhoff. 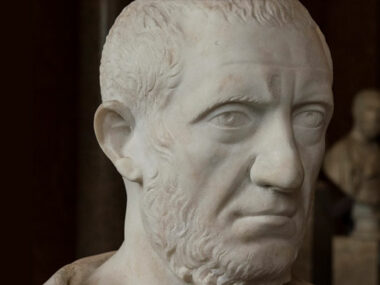 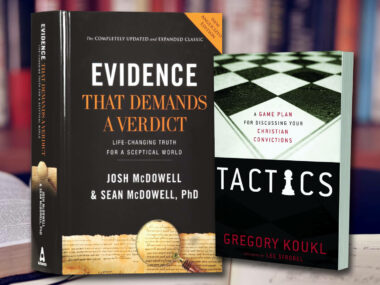