In the aftermath of the terrorist attacks of 9/11, America was in a state of shock – faced with the realities of evil, terrorism, tragedy, uncertainty, and the prospect of war.

America’s preachers had the difficult task of comforting their congregations, speaking truth about God’s sovereignty over all things, and instilling hope in the midst of a national crisis.

This collection provides a unique opportunity to reflect on the tragic events of Tuesday, September 11th through the preserved sermons of Sunday, September 16th.

A Service of Sorrow, Self-Humbling, and Steady Hope in Our Savior and King, Jesus Christ

Tim Keller’s Redeemer Presbyterian Church is located just a few miles from where the Twin Towers once stood. As such, his congregation was perhaps more directly impacted than the other pastors whose sermons are collected here.

Keller models an appropriate Christian response to terrible tragedy in this sermon filled with prayer, Scripture readings, and an unshakable hope in Christ.

Almighty and most merciful God, you are the consolation of the sorrowful. You are the support of the weary. Look down then, now, in tender love and pity on us whose joy has been turned into mourning, so that while we mourn and grieve we may not have our hearts darkened – but rather that we might grow in wisdom and have our hearts grow in hope.Tim Keller

The Day that Changed the Modern World

Many very sincere people have tried to cope with the magnitude of this calamity by just moving God off the stage. But I can’t imagine a place that would be more unsafe for us than a world where God was not only on the stage but controlling the play. It is one of the great comforts of our hearts that He is on His throne…even though we don’t understand what is going on.Ligon Duncan

A First Response to the September 11 Terrorist Attacks

John MacArthur on 9/12/2001
This special edition of MacArthur’s Grace to You radio program was released the day after the attacks and features a candid conversation between Pastor MacArthur and Phil Johnson. (View MacArthur’s 9/16/2001 sermon)

What do we have to add to the flood of information you’ve already received? Well I hope that we can add something that will give you God’s perspective, the biblical perspective, the Christian worldview on things like this.John MacArthur

As the pastor of Capitol Hill Baptist Church in Washington, D.C. Mark Dever preaches to a congregation which gathers in close proximity to the White House.

“Who would have thought that two weeks ago we would have heard the speech we did, delivered down the street three nights ago. This week our nation’s President has told us that we are at war.”Mark Dever

Billy Graham’s message on 9/14/2001 at the National Cathedral in Washington, D.C.

These sermons stand as an important aspect of the historical record, and also as a reminder of how the truth God’s Word is always sufficient and that God is always seated on His throne.

Even in the midst of tragedy, we can recall the Scriptural truth from Romans 8:35-39:

For I am sure that neither death nor life, nor angels nor rulers, nor things present nor things to come, nor powers, nor height nor depth, nor anything else in all creation, will be able to separate us from the love of God in Christ Jesus our Lord. 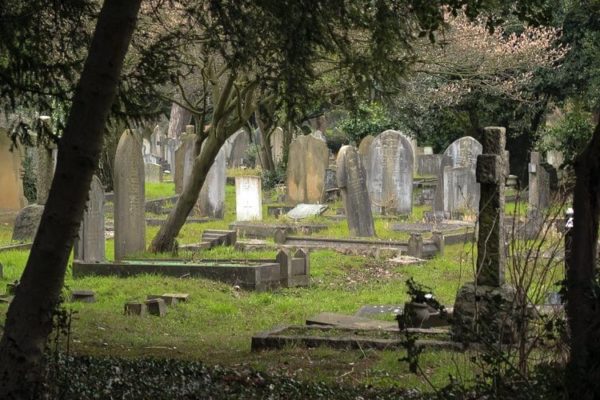 Hymn Story: What A Friend We Have In Jesus
0 Comment