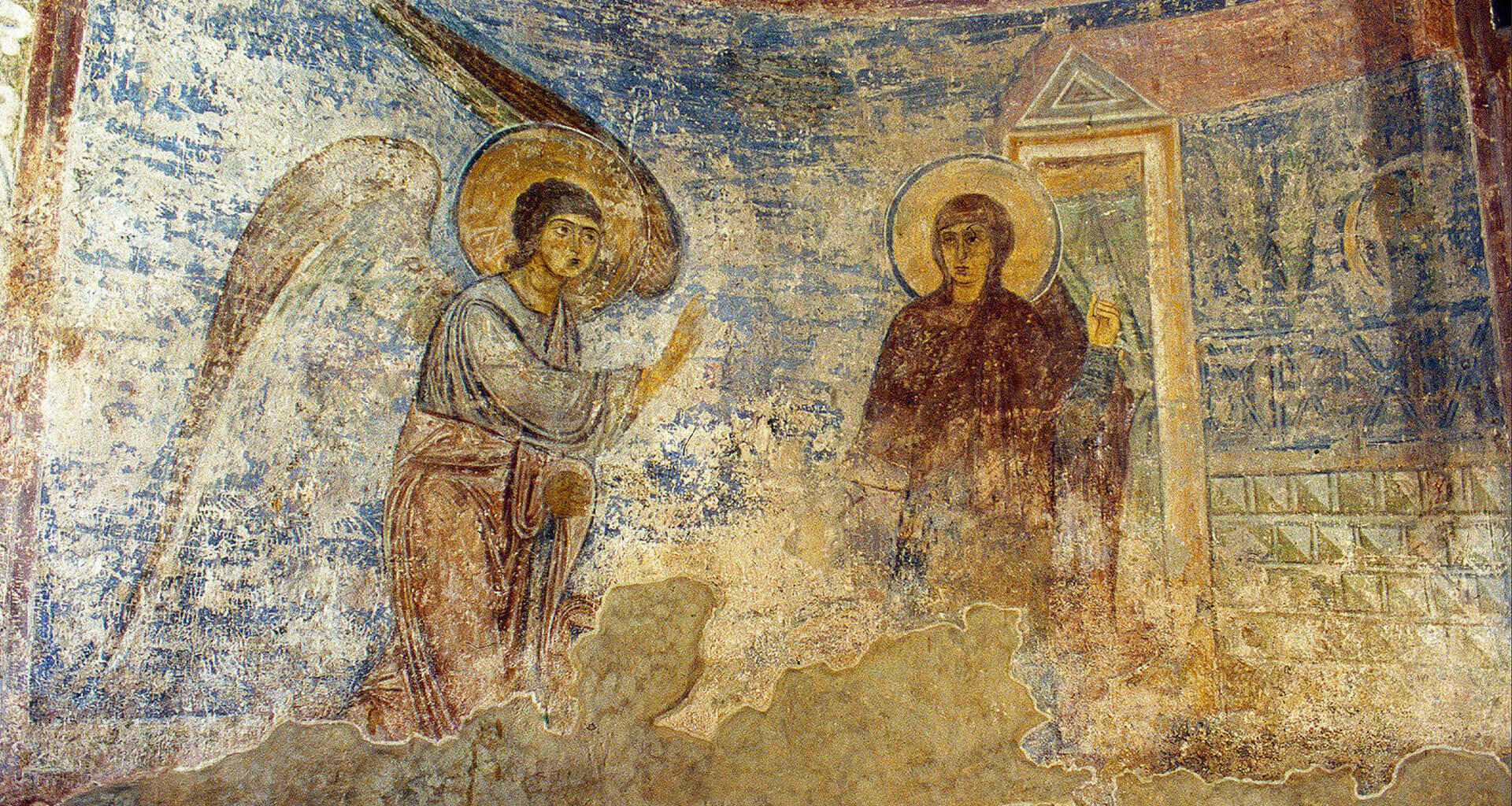 God the Son taking on flesh did not come as a Plan B after man’s failure to uphold the religious system they were entrusted with. Even a cursory reading of the Old Testament reveals that redemptive history was always steadily marching towards the appearance of God’s Messiah who would bring salvation to His people.

This took place precisely when God intended for it to. In Galatians we read that “when the fullness of time had come, God sent forth his Son, born of woman, born under the law, to redeem those who were under the law, so that we might receive adoption as sons.”

What we see here in the first chapter of Luke’s Gospel is the revelation that this long-awaited moment, the fulness of time, had come – that He who made man would become man in a matter of months.

The Messiah was soon to arrive.

With anticipation built up over the centuries for Immanuel to come and ‘ransom captive Israel,’ we see His entrance would not come as a conquering king, but instead an angelic messenger is sent from God to an obscure young woman in an obscure town in Galilee.

In this sermon on Luke 1:26-33 we will consider the messenger, secondly we will look to Mary and her response, and finally we will look at how Gabriel describes the coming Messiah.

Listen to the Sermon

The Incarnation in the Gospels

The incarnation of Christ is so spectacular, so fundamental to our faith, so full of implications for our lives that three gospel writers approach it in three notably different ways to capture its nuances. Matthew leads us to consider the connection between Jesus and the people of Israel, Luke presents four theologically rich songs that exult in the Lord’s work, and John sees the incarnation from the perspective of the Father in heaven as his plan of redemption comes to fruition. In this short devotional work, theologians Daniel Doriani, Philip Ryken, and Richard Phillips present twelve readings that combine accessible Bible commentary with pastoral insight.