Hark the Herald Angels Sing is one of the best-known and best-loved Christmas songs and has been for well over 260 years. But you might not recognize the original lyrics. It began with:

Hark how all the welkin rings, Glory to the King of Kings

What on earth is a welkin? And how did this hymn change over time?

Here’s the story behind the original hymn, the change in its lyrics, and how it came to be the familiar song we know today.

The prolific hymn writer Charles Wesley first wrote these lyrics in 1739, a year after his conversion (See the hymn he wrote to commemorate that event).

It was first published in Sacred Hymns and Poems – Charles’ first joint hymnal with his brother John. The hymn, under the title “Hymn for Christmas-Day,” originally went as follows:

Hark how all the welkin rings
“Glory to the King of kings,
Peace on earth, and mercy mild,
God and sinners reconcil’d!”

Joyful all ye nations rise,
Join the triumph of the skies,
Universal nature say
“Christ the Lord is born to day!

Christ, by highest heav’n ador’d,
Christ, the everlasting Lord,
Late in time behold him come,
Offspring of a virgin’s womb.

Hail the heav’nly Prince of Peace!
Hail the Sun of righteousness!
Light and life to all he brings,
Ris’n with healing in his wings.

Mild he lays his glory by,
Born—that man no more may die,
Born—to raise the sons of earth,
Born—to give them second birth.

Come, desire of nations, come,
Fix in us thy humble home,
Rise, the woman’s conqu’ring seed,
Bruise in us the serpent’s head.

Now display thy saving pow’r,
Ruin’d nature now restore,
Now in mystic union join
Thine to ours, and ours to thine.

While there are other differences, the first line is what stands out. What on earth is a “welkin” and why would it ring?

Well, it comes from an Old English word “wolcen” and simply means cloud, sky, or heavens. It is ringing because of the joyful exaltation of the heavenly host. The word appears not to have been very commonly used in Wesley’s day, and it is pretty much non-existent in our vocabulary today.

So who changed this line to what we sing today? 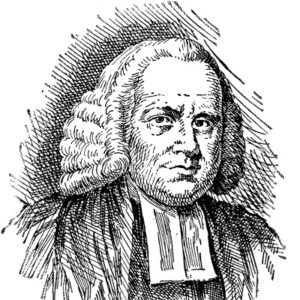 It was actually famed evangelist George Whitefield, a friend of John and Charles Wesley, that made the adjustments when he published this song in his Hymns for Social Worship in 1753.

In addition several smaller changes, he most significantly changed out the mysterious “welkin” line to “Hark the herald angels sing” and finished it with “glory to the newborn king.” (The final two lines eventually dropped out long after Whitefield made his edits).

What did Charles think of the change?

Well, we aren’t sure exactly. We are sure, however, that in general the Wesleys didn’t appreciate people tinkering with their lyrics.

In the pre­face to the 1780 Col­lect­ion of Hymns for the Use of the Peo­ple called Meth­od­ists, John Wesley wrote:

“Many gentlemen have done my brother and me (though without naming us) the honor of reprinting many of our hymns. Now they are perfectly welcome do to so, provided they print them just as they are. But I desire they would not attempt to mend them, for they are really not able. None of them is able to mend either the sense or the verse. Therefore, I must beg of them one of these two favors: either to let them stand just as they are, to take them for better for worse; or to add the true reading in the margin, or at the bottom of the page; that we may no longer be accountable either for the nonsense or for the doggerel of other men.”

Did Charles share John’s feelings about others altering their hymns? It is possible, if not probable, that he did.

Yet it seems that their friend Whitefield my have been able to change the lyrics without causing offense.

In the very same hymnal where John wrote against the “nonsense and doggerel” of other men altering their lyrics actually includes Whitefield’s changes to this hymn! Here’s how they published it in 1780:

Whether this was a begrudging or a wholehearted endorsement of the changes, I think we can agree that this is one example of a Wesley hymn being greatly improved by a slight revision. Ever since that time, Hark the Herald Angels Sing has been a standard hymn for celebrating the birth of Jesus.

Here are the full, current lyrics to Hark the Herald Angels Sing

Hark! the herald angels sing,
“Glory to the newborn King:
peace on earth, and mercy mild,
God and sinners reconciled!”

Joyful, all ye nations, rise,
join the triumph of the skies;
with th’angelic hosts proclaim,
“Christ is born in Bethlehem!”

Christ, by highest heaven adored,
Christ, the everlasting Lord,
late in time behold him come,
offspring of the Virgin’s womb:

Veiled in flesh the Godhead see;
hail th’incarnate Deity,
pleased with us in flesh to dwell,
Jesus, our Immanuel. [Refrain]

Hail the heaven-born Prince of Peace!
Hail the Sun of Righteousness!
Light and life to all he brings,
risen with healing in his wings.

Mild he lays his glory by,
born that we no more may die,
born to raise us from the earth,
born to give us second birth. [Refrain]

Listen to a beautiful rendition of Hark the Herald Angels Sing 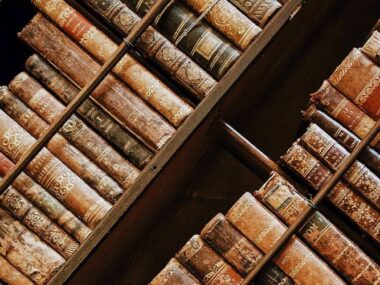 Read More
Although some have believed that the Baptist church descended directly from the historical Anabaptist movement, this is not…
Read More
143
0
1 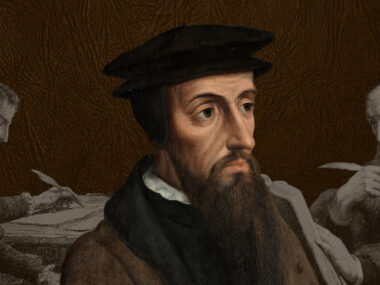